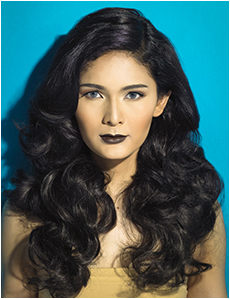 Rhinoplasty is often one of the most important procedures involved in the facial masculinization or facial feminization process, due to the fact that the nose is a focal point of the face. The size and shape of the nose can give the rest of the face a more masculine or feminine appearance, and many individuals undergoing transition find this procedure to be one of the most significant, due to its transformative effect. As such, transgender rhinoplasty is an important part of both the FTM and MTF transitions.

Facial feminization rhinoplasty is an important aspect of the MTF transition where traditionally male characteristics of the nose are minimized. Males tend to have broader brow ridges and more prominent noses, resulting a more pronounced dorsal ridge, wider nostrils, and a rounded, wide nasal tip. In nasal feminization, the overall nasal profile can be made less prominent by reducing the dorsal ridge, raising the tip of the nose, and reshaping and resizing the nostrils. This procedure is often done in conjunction with other feminization surgeries, such as cheek implants, chin contouring, and brow ridge/forehead reshaping/repositioning.

With the FTM transition, the goal is to make facial features more prominent and characteristically male. In nasal masculinization, the nose is augmented and often widened, thereby increasing nasal prominence. This can be done with the use of cartilage grafts, implants, and fat transfer. By combining masclinization rhinoplasty with other procedures, such as forehead lengthening, and facial contouring, one can optimize and enhance features to create a more masculine facial appearance. Dr. Totonchi, welcomes the opportunity to discuss facial masculinization or feminization with anyone that might be curious worldwide contact him today: (440) 461-7999.